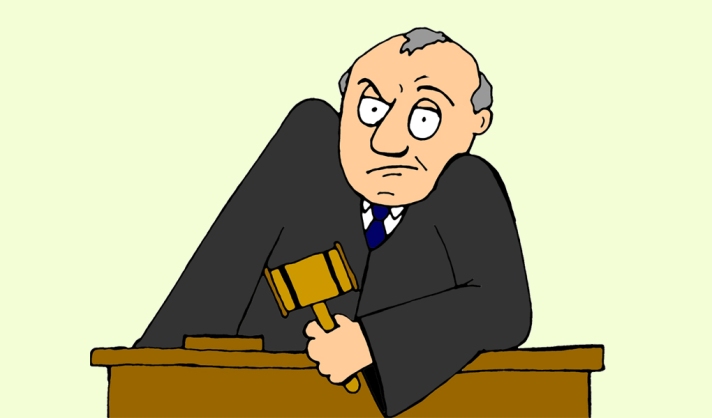 Section 26 of the Indian Evidence Act, 1872 [hereinafter “IEA”] read with the scheme of Sections 24, 25 & 27 of the Act creates an embargo on the proof of confessions made by the accused in police custody.[1] In our criminal dispensation system, it is a settled position that such confessions cannot be used as evidence against the accused. This stems from the fear of such confessions being compelled testimonies, extracted from the accused by use of unlawful force and coercive tactics. Section 26 is based upon this same fear that the police would torture the accused and force him to confess either to the police officer himself or to someone else.[2] However, this section recognizes one exception. If the confession takes place in police custody, but in immediate presence of a Magistrate, it will be considered valid. The rationale behind this is that the presence of a Magistrate rules out the possibility of torture, thereby making the confession voluntary and reliable.[3]

There is a conflict in various decisions of the High Courts when holding the ‘Magistrate’ to be ‘Executive’ or ‘Judicial’ under Section 26 of the IEA. The absence of the Apex Court’s decision on the point, only adds to the ambiguity. The author has endeavored to discuss the various judgments on the point and concluded that the ‘Magistrate’ referred to in Section 26 of IEA should be the read as the ‘Judicial Magistrate’ and not ‘Executive Magistrate’ to ensure that the confession is voluntary and reliable.

THE AMBIGUITY THAT PREVAILS

In the case of Kalam @ Abdul Kalam v. The Inspector of Police,[4] the Court held that the expression ‘Magistrate’ occurring in Section 26 of the IEA would only mean the Judicial Magistrate and not the Executive Magistrate. The full bench of Gauhati High Court in Shri Ajay Chakraborty v. State of Assam[5] confirmed this view.

Disagreeing with the above decision, the Punjab and Haryana High Court in  State of Haryana v. Padam @ Parmod and Ors. held that the expression ‘Magistrate’ as per Section 26 of the IEA could be Executive Magistrate as well, not necessarily a judicial magistrate. The court was hearing an appeal filed before it against the death penalty awarded by the trial court to the seven accused of gang rape and murder of a mentally ill woman. The ground for challenging the death sentence was that the disclosure made by the appellants in immediate presence of Naib Tehsildar is untenable as per Section 26 of the IEA, as it was made in presence of an executive magistrate and not a judicial magistrate and therefore cannot be relied upon.

REASONING OF THE PUNJAB AND HARYANA HIGH COURT

The Division Bench of Punjab and Haryana High Court in the case opined that Section 26 of the IEA makes deliberate use of the expression ‘Magistrate’ and not the ‘Judicial Magistrate’ as the Parliament would not have committed the folly of not inserting ‘judicial’ before the word ‘magistrate’. Moreover, the Criminal Procedure Code of 1973 [hereinafter,“CrPC”] has comprehensively replaced the Code of 1861 and the Parliament was fully aware of the IEA, 1872. For the first time, the Executive Magistrates (Section 20) and the Special Executive Magistrates (Section 21), were inserted in the CrPC of 1973. Due to awareness about the expression ‘Magistrate’ in Section 26, IEA, no changes were made in the same. This suggests that the Magistrate referred to in Section 26 is not a Judicial Magistrate.

The Bench further held that courts should not supply words to achieve the intention of the legislature, because there is a limit up to which a court may interpret a provision to achieve the intent of the Parliament. Such interpretation would be possible when the intention behind the provision is crystal clear but the words are either inadequate or ambiguous, which according to the court was not the case here. Therefore, reading the term ‘Magistrate’ under Section 26 as ‘Judicial Magistrate’ would be outside the judicial purview and would amount to putting words in the mouth of the legislature.[6]

CORRECT POSITION THAT OUGHT TO BE TAKEN

The legislature has used Section 3 (4) of the CrPC to understand whether the reference made is to the Judicial or the Executive Magistrate. From this scheme it appears that where the powers are purely administrative in nature, they are required to be exercised by an Executive Magistrate. On the other hand, where the power involves appreciation of evidence or formulation of a decision exposing a person to some punishment, penalty or detention, it is required to be exercised by Judicial Magistrates. Clearly, recording of the confession is an act that requires a legal bent of mind and can expose a person to a punishment if used against him in a court of law. Therefore, the reference of the magistrate made in Section 26 should be construed as that of the Judicial Magistrate.[7]

Further, in India, both the police and the executive magistrate are part of the executive branch of the Government. At times, they may work in consonance with each other, rather than checking the excesses of the other body. If a heinous offence is committed, there is a mounting societal pressure upon the police and the civil district administration to bring the perpetrators to book. In such a scenario, a possibility exists that an Executive Magistrate may fail to observe the formalities as prescribed under Section 164 of CrPC, as she would be under similar pressure as the police to placate the sentiments of the public by nabbing the perpetrator.

In Dagadu Dharmaji Shindore v. State of Maharashtra,[8] the Bombay High Court  observed that, “In our view, the presence of Magistrate contemplated under Section 26 of the Evidence Act cannot be other than the Magistrate following the mandatory provisions of Section 164 of CrPC.” The confession recorded by the Executive Magistrate would not be checked by the safeguards similar to Section 164 CrPC. and therefore making its credibility questionable. The Madras High Court in Kalam @ Abdul Kalam v. Inspector of Police [9], had a similar line of reasoning. It also held that the term “Magistrate” as referred to in Section 26 of the IEA will mean only a Judicial Magistrate.

Any compelled testimony by an accused person will also violate Article 20 (3) of the Constitution of India. This article incorporates the right against self-incrimination. Additionally, after Maneka Gandhi v. Union of India,[10] Article 21 of the Constitution of India requires a fair, just and equitable procedure to be followed in criminal cases. India also has an obligation under international law to secure the accused against coerced confessions. Art. 14(3) (g) of The International Covenant on Civil and Political Rights, 1966 to which India is a party, states that the accused is not to be compelled to testify against himself or to confess guilt.[11]

It is likely that a confession made while in police custody suffers from the blemish of not being free and voluntary. [12] The underlying jurisprudence in the IEA is that the presence of a Magistrate rules out the possibility of torture, rendering the confession free, voluntary and reliable.[13] In such a scenario, a Judicial Magistrate could only be relied upon to ensure that any admission on part of the accused is not due to coercion. It is evident that the intention of Parliament could not have been to include Executive Magistrate in Section 26, and therefore it must be interpreted to mean ‘Judicial Magistrate’ only.

Therefore, in the light of above discussion, the decision of Punjab and Haryana High Court to read Executive Magistrate in the term ‘Magistrate’ under Section 26, IEA, is a deviation from the earlier judicial decisions and needs reconsideration.