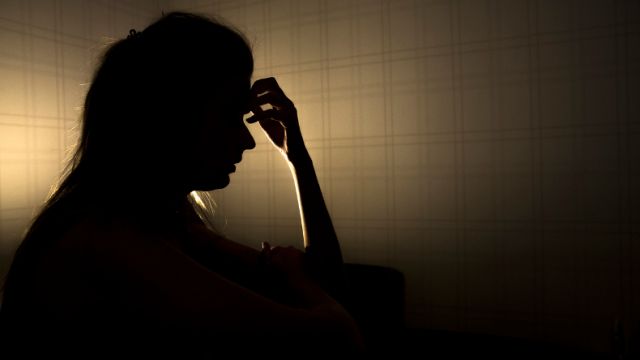 A controversial decision by the Kerala High Court stated that a rape case can be quashed on subsequent marriage of the victim to the accused. The decision was given by Justice Alexander Thomas after the rapist married the victim during the trial.

In the case, the accused committed rape on the woman subsequent to which, she filed a criminal complaint against him. Thereafter during the trial, he married her and they had a four-month old daughter as on the date of the judgement. The judge quashed the proceedings on his plea that the marriage would be disrupted while the woman and the daughter would be left with nothing to fend for. The judge, keeping in mind the consequences and the previous case laws, quashed the charges levelled against him. It took cognizance of Antony Francis v State of Kerala which held that the court using its extraordinary powers under Sec 482 of the CrPC could quash the proceedings on the ground of settlement between the parties. This judgement runs contrary to the “conservative judgement given by the Supreme Court in a similar case.” Justice Dipak Misra the then CJI in the case of State of MP v. Madanlal had refused to quash the criminal proceedings while holding that in cases of rape in no case can compromise be thought of.

The Kerala high court alone has quashed more than 10 cases of the given nature in the last year. The trend has been followed by the Punjab and Haryana High Court and the Guhati High court in the case of Jairul Islam v. State of Assam. The Delhi high court had reduced the sentence of an accused for marrying the victim. The Calcutta high court also worked on similar lines by reducing the sentence term as the accused married the victim. The courts have observed this as an adequate and special reason for reducing the sentence.

WHAT THIS MEANS FOR SUBSEQUENT CASES

While it is true that the courts are getting liberal and are reading the judgments in a new light, it is necessary not to forget the basics. A judgement of this sort only gives a cowed message to the society. When the accused has raped the victim, it is very late for the courts to look into other considerations. The accused has already committed an act that lowers the dignity of the entire society- a crime being an offence against the society as a whole. Marrying the victim at a subsequent stage cannot and should not be a defence to this atrocious crime. It is same as saying that a person who has committed an act of sedition is left unpunished because he subsequently writes a book praising the Indian government or a person who has committed dacoity uses the loot to maintain the deceased’s family. An act subsequent to the offence can never be a defence, especially in the case of rape, which lowers the dignity of a woman and leaves the victim crippled for life. In today’s world, where there have been decisions that prescribe stricter punishments like death penalty for rape, it is very obvious that the accused will look for lacunae in the provisions to escape the punishment. This judgement caters exactly to this lacuna by giving the accused a means to escape the punishment by marrying the victim. What is the guarantee that the accused has genuinely married the victim in realisation of guilt and not to escape the punishment? Can the woman who has been abused by a man trust the same man again and to an extent that she decided to spend her whole life with him? The author doubts this and feels that there can be only a few women who are so “big hearted” that they forget a man who has committed a forcible act of sexual intercourse with her and give way to marry him.

Yet, considering the pervasive spectrum of law, due consideration has to be given to genuine cases that fall under this limit. The judgement can be applied to cases where the woman has freely consented to marriage with the man. This needs to be ensured through counselling and taking into consideration all the circumstances under which she has given her consent. This is not to say that the man should be left scot free in these cases. For certain cases the man should be kept under strict supervision and his behaviour should be observed for future tendencies. When the professionals believe that they are not harmful and have genuinely repented and changed their behaviour, the punishment could be reduced on marriage with the victim. The author makes it clear that this can only be done if the woman has been a free consenting party to the marriage. It is her say that will matter in the law and not that of the man. It would ensure that the law is working for the betterment of the society and not just a mechanism to let criminals go free of punishment on certain shallow considerations.

If this is true, why is it that the courts fail to look at the repercussions of awarding such a judgement? Let us assume for a moment that the victim has voluntarily decided to marry the accused. What is the probability that she has not been coerced into agreeing to this and there is no pressure on her to agree to the marriage? It has been rightly said by Louisse O Neil that “they are innocent until proven guilty but not her. She is a liar until she is proven honest.” It is deceptive to the mind that why would a person who has previously raped a woman marry her except for escaping punishment.

The author is aware of the fact that as per a research conducted on the rape convicts, a few of them did feel guilty and offered to marry the women they had raped when they were told of the stigma they faced. However, on the other hand, there are also scientific reports that prove that a person whose mentality is such that he can rape a woman it sustained over a period of time. As per a report in the Indian journal the rapist usually suffers from psychological and cognitive disorders in certain cases. They are found to be of extreme aggression and one of the causes can be the unsafe upbringing and the socio-economic conditions. It is therefore highly unlikely that the rapists would change their behaviour after the offence. These impulses are cognitive in nature and are present since childhood. There may be exceptions to this where the rapist repents the crime and believes himself to truly marry the victim as a sign of guilt. This, however, cannot be used as a blanket assumption and be set up as a standard through the courts judgement. Even if the person truly is repenting he cannot be left unpunished as the law if crimes is retributive in nature. One cannot escape a punishment merely because he repents it. This would entitle all those who plead guilty in court and accept their doing to be left free of consequences. India is categorically not looking forward to such a situation and therefore it would be grave injustice if such a judgement is taken as the precedent for cases to come.

[The author is a second-year law student at NALSAR University of Law, Hyderabad.]