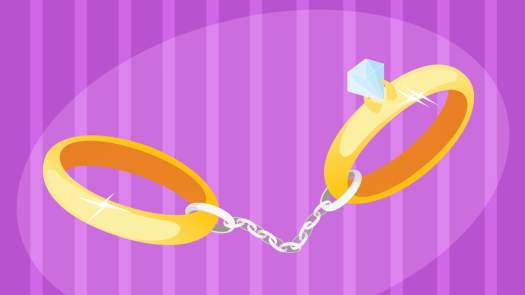 The Kerala High Court in its recent judgment, in the case of Ashiq N.A. v. State of Kerala[i], has exercised its inherent power to quash criminal proceeding in a rape case as the accused has married with the victim.  As per the High Court, the victim and the accused have entered into wedlock before conclusion of the trial thus, it would be in larger interest of the victim to quash the proceedings. This judgment raises debate on validity of High Courts exercising their inherent power to quash rape cases on ground of accuse and victim entering in matrimonial relationship.

The Hon’ble Apex court in a cathedra of cases has recognized that section 482 is extraordinary in nature and should be ‘exercised sparingly[iv]’. However, question arises whether the High Court can use its inherent power to quash criminal proceeding on basis of compromise between the victim and the accused in cases involving heinous offenses such as rape?

This question has been answered by the Supreme Court in the case of, The State of Madhya Pradesh v Lakshmi Narayan[v], as per the judgment, the High Court can quash even a non compoundable offence by using its inherent power. However, offences such as murder, rape, dacoitry etc can’t be quashed on basis of compromise between the parties. The reason being such offences are not merely a wrong against an individual but they are wrong against society at large. Thus, the order passed by the Kerela High Court is in direct conflict with earlier decisions passed by the Apex Court.

The Kerala High Court in its present judgment has placed reliance on its previous decision in the case of Freddy @ Antony Francis & Ors. v. State of Kerala & Another[vi].  As per the decision in Freddy’s case, generally offences of rape can’t be quashed on basis of compromise between the accused and the victim. However, the exception to the above approach could be in cases where the accused has married the defacto complainant. In such cases for welfare of the victim and to ensure her better future, the court can exercise its inherent power to quash such proceedings.

It is not the case that only the High Court of Kerala has passed such decisions. The High Court of Bombay, Madras, Punjab etc, in near about ten cases (in 2019) have passed such judgments[vii]. As mentioned earlier, inherent power of the High Court should be exercised in rare situations and that to meet the ends of justice. A rape victim and accused marrying each other is a peculiar situation in itself. Thus, it may be said that High Courts are right in exercising their power in a rare situation that to for the benefit of victims.

Our criminal system considers a crime as a wrong against the state. Criminal proceeding in such system mostly becomes tussle between an accused and the state. At the end of such a lengthy process an accused may be sentenced to jail or may get acquitted. The needs of a victim are hardly considered in this procedure. Further, social stigma associated with offence of rape makes it even harder for her to recover normal mental and social life. In such situation the High Court justifies its decision by stating that if criminal proceeding would not be quashed than it may affect matrimonial life of the victim. As per the High Court it will be nothing less than secondary victimization.

Further, if victim would not support the prosecution than there are hardly any chances of conviction in any rape case. Thus, to allow such cases to be continued may be considered as an abuse of process of court. This approach adopted by the High Court looks laudable on its face. However, in reality this approach needs to be criticized as well as restrained from being adopted.

Rape as an offence affects the interest of the society at large. It is an inhuman act and no civilized society can allow it. When a rape is committed, it creates a sort of sensation and insecurity throughout the masses. It is not similar to other non compoundable offence of mainly commercial in nature such as check bounce. It is in larger interest of the society that such crimes are curbed and prohibited. It is due to these reasons that the Apex Court in Lakshmi Narayan’s Case has said that such offences can’t be compromised. And it is necessary that state must punish the offender in such cases.

In many movies as well as ideal stories it is considered that problems of a rape survivor can come to an end if the perpetrator marries with her[viii]. Prior to making such ideal statement, it is needed to examine why a rape survivor would like to marry a person who has committed such an inhuman crime? The only reason for doing it is social pressure and burden faced by a rape survivor. It is due to this stigma of a woman getting polluted after been raped, and under pressure of her family and the accused that she agrees to marry him. Thus, when the High Court quashes charges in such cases it puts victim in a permanent state of victimization as she needs to spend her remaining life with the culprit.

As per the Apex Court’s decision in the case of State of M.P. v Madanlal[ix], compromise can’t be made in a rape case in any circumstances. In that case the Supreme Court has answered the question, whether proposal to marry or marriage of an accused and a victim dilutes seriousness of the offence. Justice Deepak Mishra while answering the question said that adopting such soft approach in rape cases “reflects lack of sensibility towards the dignity, the elan vital, of a woman” In this case, the Apex Court has categorically said no to such liberal approach in rape cases. Following guidelines issued in this case the High Courts must refrain from exercising its inherent power to quash criminal proceeding in such cases.

Allowing future marriage as an exception to the offence of rape may also turn into a notorious practice. The author is of an opinion that with the decisions as that of the Kerala High Court in the present case, the judiciary is providing an easy way out for an offender. To avoid punishment he may marry the victim but what if after getting acquittal he starts violence against the victim or demand divorce from her? Further, this practice can be used in other harmful manner too. It is possible that to marry a particular woman a man may committee rape and then he may use social pressure to force her to marry with him.

It is true that inherent powers of High Courts can’t be restricted by putting any formula for its use. It should solely be governed by objective of delivering complete justice. However, in the backdrop of the above authorities, the High Court must not quash a rape case because of wedlock between the parties. It may be claimed that such steps are necessary to deliver justice to a rape victim. But in reality this practice leads to re-victimization of that victim. Moreover, it overlooks larger social interest and equates offence of rape with a civil wrong.

[The author is a second year student at Maharashtra National Law University Mumbai.]